Under the Quilt of Love 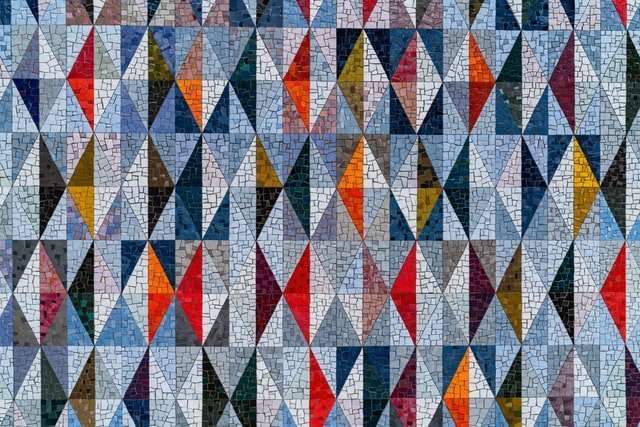 My childhood memories are few and far between . I have a small selection of snapshots of memories, mostly ones of pain and suffering that my father put our family through. Some are literally a photo that has been shared with me and a story to go along with it. I do not recall the memory but can hold on to the story that connects with the photo. Most of my life is stored away in a vault in the deep recess of my mind. Coping mechanism, that is what my therapist calls it. That is not to say that my entire childhood was bad. I know that those close to me who lived in the same houshold would likely cry out, “How can you say this? How can you not recall the good times we had?” My response would be, I don’t know. I can’t explain why the good is locked away and only the bad, the pain stands out strong. I believe it has something to do with the fact that I am that person. The one that calls out the pink elephant in the room when all around stand quietly by, looking the other way or whispering to someone next to them. I am the one who stops the couple in the park when a teenage boy is verbally assaulting a teenage girl. I am the one that cries out when a young girl is being taught at a very vulnerable time in her life that anger, manipualtion and control are somehow not abuse. Maybe that has something to do with why certain memories stay strong when so many others, good and I know more bad ones too, stay locked away in the vault.

There is one part of my childhood that remains very clear to me. I can vividly see many moments, the seemingly endless hours I spent at my grandma’s house. My safe haven. I don’t know if I called it that as a child. I don’t even know if I knew that is what it was. I just know that I went there whenever I possibly could. One of my favorite memories at Grandma Ruthruff’s house was not a one time event. It was a regular occurrence. Often times when I hopped off of the school bus at the end the day, I would bounce into the house only to drop my backpack and holler, “I’m going to grandma’s house!”

I would run down the street and around the corner to her home. We lived in the same neighborhood just about 10 houses or so apart. Lifting the latch of the chain link fence gate, I would step into her front yard and look to the front door. More often than not the door would be open with the screen door closed. Making sure to latch the gate tight behind me so the dog would not get out, I would rush across the lawn. Leaping over the stump in the middle of the grass from a tree long since cut down, I  reached the screen door in a flash. As I opened the door I would hear my grandma call, “I’m in the kitchen.” No doubt, my mom had called her to say I was on my way. Or maybe she just had a feeling I was coming.

I couldn’t reach her quickly as the entire living room was blocked. A giant obstacle stood between me and the woman who I loved the most, the one that I knew loved me beyond what any child could hope for. There in front of me lay a piece of our family history and one that many of us would cherish for a lifetime. Definitely one that I would never forget, even long after my material memory of it had been thrown in the dumpster by the one person who destroyed nearly everything that I loved and cherished. A framing block, for all I know hand-made, filled the entire space of the front room. The frame was nose to nose with the Davenport, which is what my grandma called her couch, at the one end opposite the TV at the other, from the front window and door all the way to the other side of the room where the my grandma’s rocking chair sat by the telephone (near the kitchen). On the frame was a lovely queen size quilt that my grandma had pieced together herself. First she cut the block pieces, next she pinned the pieces together, then she sewed the pieces together to make squares, then she made rows of the squares that would be sewn in strips., that were finally sewn into a giant quilt. It was a lot of work! Grandma was set to tie this quilt off. She would tie each yarn knot by hand. Most likely with a prayer said while doing so.

I crawled under the frame on my belly army style, until I reached the edge by the kitchen. When I stood up, I saw her. My grandma, standing in the kitchen in her house coat and slippers. We used to call her dresses moo-moos. Or maybe she called them that. Shapeless dresses made of the most simple cotton you could imagine. Nothing fancy, nothing special. Simple, practical, easy to care for. Her grey and frizzy permed hair all a muss, a smile spread across her face as she said, “Come and give grandma a kiss.” Every time I saw my grandma Ruthruff up until the final time I saw her before she died she said the exact same thing, “Come and give grandma a kiss.” She got a kiss and I got a hug. A grandma hug. She would wrap her soft and squishy arms around my entire body and pull me in close to her. Not so tight as to hurt, crush or stifle you, but tight enough that I could think of nothing else but the endless unconditional love she had for me.

There on the cutting board that extended from underneath her kitchen counter, were graham crackers, an orange ceramic bowl of homemade frosting and the box of food coloring sitting next to it. She had waited for me to choose the color for the frosting. I chose yellow. Sometimes she got out some flavorings, lemon and pineapple, and I got choose a flavor too. With the coloring added grandma would spread a generous amount of frosting between two graham crackers. Snack in hand I headed back to the living room. I would carefully crawl under the quilt on the framing blocks, turn on the TV to the PBS After School Special and enjoy my treat. Grandma would go back to tie-ing off the quilt all the while humming one song or another. Songs that she often sang to me while rocking me in the rocking chair when I spent the night on a Friday or Saturday night.

The sweet sound of her voice, the lull of the TV, the loving quilt above me and my home-made snack of graham crackers and frosting. It was all a little girl needed.