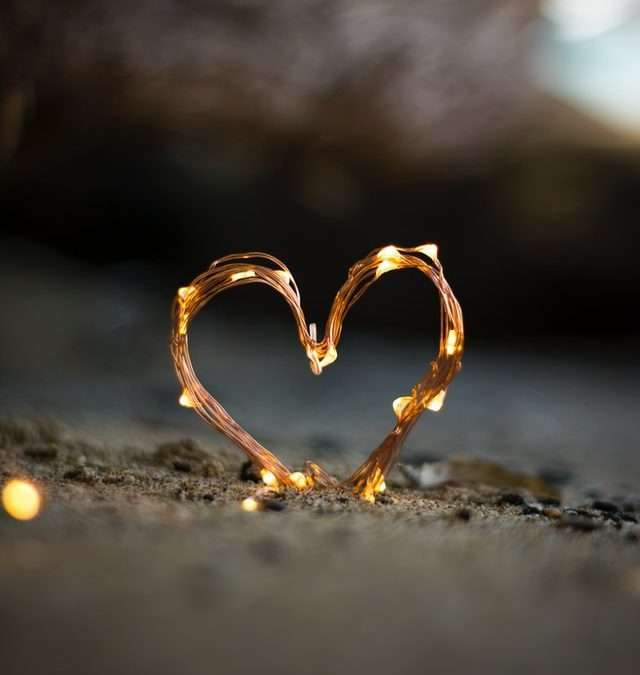 His gaze pulled her from across the crowded room. The constant hum of conversation growing louder as the guests consumed more wine. Their voices blended together in a symphony of highs and lows mixed with laughter. She tried to focus in on what those close to her were talking about, to be a part of the topic at hand, but their words jumbled together with the race of thoughts spinning through her mind.  It took all her restraint to keep her feet from walking over to him. What was she thinking? She didn’t know him. Had never met him. Hadn’t even heard anyone speak of him. Who was he? How did he come to be at their company Christmas party? As a matter of fact, what was she doing here? She didn’t celebrate Christmas. Not anymore.

Kaiyah loved her job. More than anything she adored her boss, Mr. Johnston. He and his wife were the most generous couple Kaiyah had ever known. If she could be so lucky as to meet a man and have the long-lasting marriage that the Johnston’s had she would be one lucky lady indeed. Unfortunately, she had only known heart break up to this point in her life. The most recent having been devastating, to say the least. Luck would have it she was working for the Johnstons when her life came crashing down. They had taken her in under their wings, in more ways than one. There was no way in the world she would ever be able to repay them let alone thank them for all they had done.

Heat rose in her cheeks as she felt herself blush. Lost in her own thoughts, Kaiyah hadn’t realized the gentleman holding her captive was looking at her as well. Her eyes dropped to the empty glass in her hands. A waiter passed by holding high a tray mixed with etched crystal glasses holding Prosecco, white and red wine. He glanced her way as she lifted her head, his eyes met hers with a question implied but not spoken.

Thankful for the interruption giving her cause to move, Kaiyah excused herself from the circle of conversation and went in search of water.

Head up, shoulders back, walk slow, she coached herself to cross the crowded room. Having no clue where this inner confidence came from, Kaiyah’s new motto was,’Fake it until you make it’. She had written it in her journal and now she had to live up to it. It was either that or go back. There had been many moments, countless, in the past few days where defeat overwhelmed her, consuming her thoughts and sending the message that going back would be so much easier than going forward. How could she do this, live this life on her own? How would she ever make it?

Mary spotted her and waved her to come over and join the office girls huddled in the corner of the room, exchanging the latest on all of the crew no doubt. Kaiyah raised her finger indicating she would join them in just a minute. She had eyed the door to the patio was opened and decided a moment of fresh air was just what she needed. Placing her empty glass on a small table with other glasses, small plates and napkins, she stepped outside. Winter was in full swing this year with temperatures in the low 30’s for over two weeks now. Snow was inevitable if only moisture heavy clouds would roll in.

Kaiyah welcomed the chill she felt inside and out as she took in the night sky. Stars sparkled over the valley below. The only constellations she knew were the big and little dipper. Admonishing herself for not paying more attention in school or taking time to beef up on the stars – the ones in the sky and on the big screen, politics, the world around her, all topics of interest that adults talk about at gatherings such as tonight. Just one more reason to the ever-growing list of why she wasn’t cut out to succeed on her own. Anxiety welling up within her, the very reason she had come outside in the first place. Between holding her own in a job she had only been trained to do over the past year and struggling to drown out the over-bearing voice reminding her of the simple fact she had not even earned a diploma, there was no time for the multitude of new worries entering her mind.

Fear had a way of holding you prisoner or pushing you to make rash decisions. What had her therapist called it? Fight or Flight. Hers had been more of an endless relinquishment of self or run. Fighting back had never turned out to her advantage the few times she had tried that avenue. And running, well running hadn’t turned out well either. Until now, if you could count this as turning out well. Every ounce of her being hoping that it would turn out more than well. Her bank account, bills coming due, collectors calling her at work, lack of a car and so much more taunting her dissipating all hope. She wrapped her arms around herself hugging tight as shivers overtook her body.

Being alone wasn’t something she did very often. Alone meant silence and silence meant a storm was on the horizon, silence was something she had grown to fear. Stepping away to the emptiness the outdoors provided felt right. It was hard work to pretend to understand the conversations around the room at the party. One can only smile and nod for so long before someone inquires, about your thoughts, your point of view on the subject. She had tried moving from group to group in hopes of falling onto a topic allowing her to chime in, only to find there wasn’t much she could chime in about. Sports? No. Presidential elections? Having once volunteered to make calls for Republican Candidate, George W. Bush, brought shock and then nervous laughter when those listening realized she wasn’t joking. Ballet, Opera, performances at the 5th Avenue or Benaroya Hall? Kaiyah had never been. As uncomfortable as silence had become, tonight it was a welcomed reprieve.

In this moment, although alone, she felt safe, fear held at bay as she took a break from the conversations overwhelming her. Standing here on this patio, looking out over the valley that went on for miles, she could dream of the life she had always hoped she would have. Gazing at the tall trees that swayed in the winter winds, high above the farm land below, their sway like a dance, a winter’s dance the trees had in celebration of their life and all they had seen over decades of living. They looked over the barns, the livestock, the fields producing crops and the farm houses that held the families whose love, care and hard work kept the cycle of food and life going year after year. Kaiyah longed for the love and care she envisioned in the farm houses below.

A soft luxurious covering fell over her shoulders. Kaiyah turned her head to look over her right shoulder.

“I thought you might be cold out here without a jacket.”

Her hands pulled the cashmere throw around her accepting the warmth it provided. Her lips parted awaiting the words caught in her throat to come out.

“I watched you leave. When you didn’t come back in right away I thought I would bring you a blanket. I hope that’s alright. That I followed you out here, I mean.”

It was him, the man who had held her captive in the crowded room. His gaze having the power to hold her still and draw her to him, now stole her ability to speak. And yet, his presence felt safe and warm, not threatening or harmful in any way.