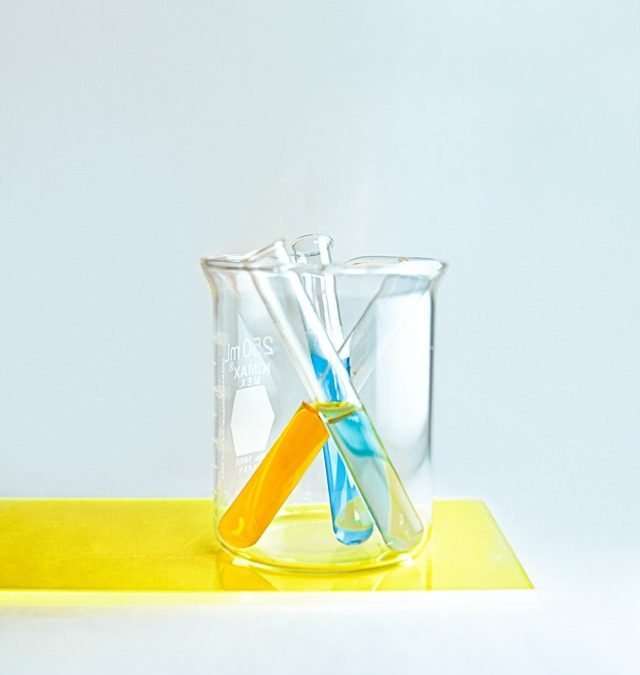 Last year was the year of all years in many ways. It held a lot of firsts, a lot of change, a bit of pain (okay more than a bit) and yet it was full of peace and love and so much goodness. After two cancer diagnosis, chemo, 4 surgeries and a year of IV treatments post breast cancer, I decided it was a good idea to speak to a geneticist in regards to the possibility of any other cancers that I may be prone to.

Honestly I didn’t even know what that would look like. Can they tell you that based on the types of cancer you had what else you may end up with? When it comes to genetics how much information do they need to know about your extended family in order to determine your risk? If there is a family history and there is a connection to my DNA, then what? What can I do? What can they do?

Before meeting with the geneticist they had me fill out an online questionnaire that went through my family tree and any types of cancer they have or had. Along with that they needed to know their ages now or when they died.  Tis was yet another time when I was thankful for Facebook. I was able to contact some of my cousins through messenger and ask about their parents who had passed. I found they were more than willing to fill me in on the details they knew about.  This helped immensely as I had a lot of gaps.

As it turned out there were two types of cancer on my father’s side that I hadn’t been aware of. Upon going over this information with the geneticist it became clear that it was a good idea for me to have further genetic testing. While the testing cannot tell me if I have or ever will have another type of cancer it can give us some very helpful information. The geneticist was able to share that the information would potentially show if I the genetic make-up or mutations that may cause me to have other types of cancer. It would also be beneficial to my sister and my children as well. Depending on what is found they may want to get tested as well to see if they have any gene mutations that coincide.

While the testing cannot tell you whether or not you have or in fact will get cancer it can help you determine when to start screening for certain types of cancers or take other preventative precautions. You may also decide to take certain medications to help with the possibility of certain cancers or even have surgery to have ‘at-risk’ tissue removed. For me, it will either put my mind at ease that I have no mutations to put me at a greater risk. Or it will help me determine screenings I will have to hopefully catch any possible cancers sooner rather than later. That has worked out quite well for me thus far.

The geneticist had a bit of discouraging information for me when it came to having the testing done. Unfortunately Regence, which happens to be my insurance company, does not cover the full panel of genetic testing. They prefer that you test for one mutation at a time. Even then they do not necessarily cover it in all cases if they do not deem it necessary. When I was diagnosed with breast cancer my oncologist ordered the BRCA1 and BRCA2. The results were negative. In light of that Regence would not cover the full panel the geneticist was now recommending. It would then cost me $4000.00 of pocket to have the panel completed through the company (Myriad) that my insurance, and most insurance companies for that matter, is partnered with for testing. There are many more mutations that the BRCA1 and BRCA2 do not cover that I could have. The good news is that there are other options for testing.

There is a company named COLOR Genomics.  While I don’t completely understand all that there is about this company, what I do know is that they are able to provide the same panel of testing for a fraction of the cost. $249 to be exact. Compared to $4000 that is a huge savings. The way the geneticist explained it was that they came about because they knew many patients could benefit from genetic testing for mutations that would allow for preventative care or early monitoring that couldn’t afford the fees when their insurance wouldn’t cover the testing. In reading a bit about them on their website I found that to be true along with other information. The way I read it, they knew that there were studies being done where genetic testing would help with research in order to show statistics as far as who was prone to get what type of cancer. The problem with the studies was that they were unable to provide the findings the participants as the studies were being done for statistical purposes not for the purpose of helping the participant. I imagine it is a bit more complicated than I have described it, but that is the just of it. There was mention of not having the appropriate licensing or set up for notifying the individual participants. And thus Color Genomics was formed to provide testing at an affordable price where participants are not only notified but are also informed.

All participants receive their panels back with information on the positive or negative results. They are also contacted by a genetics counselor that goes over the information. They are also required to give a physicians contact info where the results are sent to as well. They are however assured their results are private and will not be shared with their insurance company unless specifically requested to do so by the participant. They results are used in studies and research on a more generic level with no personal information attached to them in the studies aside from age, gender and race I believe. You can visit their website to read more about it. Color Genomics

It took me a while to order my kit. Procrastination at its finest. At first I waited as I had asked the geneticist to confirm that Regence would in fact not cover my testing. Once confirmed I think a small part of me is afraid to know what mutations I may or may not have. Obviously I am a huge proponent of early screening as that is how we found my breast cancer in the first place. And yet, to be told that I have a mutation that may or may not mean I will get another cancer may just be more than I can handle right now. I have wanted to believe the idea that my breast cancer was a fluke. That it was caught so early and treated aggressively so that it would not return (which actually means come back as the same cancer but in another part of my body). And yet, the small chance that something like would happen stays there in the corner of my mind. In my peripheral vision so to speak. Never gone. Always there just in sight keeping me wondering a little bit. Taking the test means I may find out that I have a genetic mutation that could mean I am more likely to get a particular cancer. Something that scares the heck out of me.

And yet, if I know then I can be proactive. I can start screenings earlier. If necessary I could elect to have surgery now and remove that area that is most likely to get cancer. This depends on the location, the organ and the overall information that would determine the likelihood of me getting another cancer. On the other hand the information could cause me to stress, worry and wonder if and when I will actually get another cancer if it shows I am predisposed to one.

I ordered my kit and received it within just a couple of days. Upon opening the kit I found the instructions were simple and straight forward. I was first instructed to login online to register my kit and the vile that my sample would be sent back in. The vial had a unique customer number as well as a unique serial number. Along with these numbers I asked to enter my personal information, my Physicians name and contact info, as well as fill out a family tree and history of cancer for all that applied. All of this information will be used when they are running the tests on my sample. Once all of that was complete I was ready to provide the sample.

There were clear and simple instruction for this as well. Now all I needed to do was conjure up enough saliva to spit into the vial filling it up to the fill line. I had been assured in the brochure and in the video online that it was not as much as it appeared. Apparently the vial had a false bottom. It was actually a smaller space than it appeared to be upon first glance. Yep, that was in fact true. The video even gave you examples of how to conjure up said spit. They said you should think about eating a piece of candy or if that fails rub your cheeks in a circular motion. Try it, it works. Saliva produced, I then had to close the cap and let a pre-included fluid mix with my saliva. This solution would help preserve the integrity of my saliva during transportation. After sealing up the vial, putting it back in the box and closing the original package that it came in which had a prepaid postage sticker already on the back, my spit was ready to roll! All that was left for me to do was deliver the package to my local USPS for shipment.

And it’s off! My spit is currently in transition to a lab in California. Once received I will receive an email notifying me that the testing will begin. Once completed I will receive the results and be contacted by one of their geneticists. Then I am supposed to follow-up with my Dr. as well. The turn around time is supposed to be 3-4 weeks from the date they receive the sample. Tick tock. Tick tock. The clock is tick-tocking in my brain. And so, I wait.