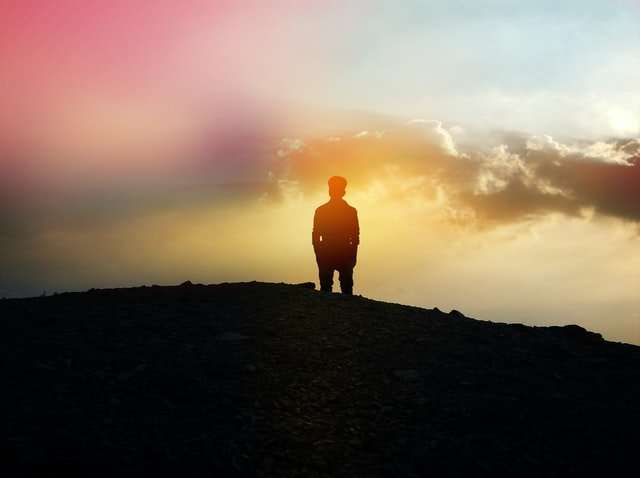 I attended a Zoom conference today with the author of, ‘Motherless Daughters’, Hope Edelman. I wasn’t exactly sure of what to expect from the conversation as I have not yet read her book. As I logged in, others were logging in as well. Women from all over the world. Many from the United States, others from India, UK, Singapore, and other countries. Women of all ages raging from early 20’s to late 80’s joined the Zoom connection to hear what Hope had to say.

Hope shared a brief synopsis of her story in how she lost her mom when she was quite young and how she has found the process of grief varies in many ways. Whether due to the age you are when you lose your mother, the circumstances around her passing, how you, your father, and other family members processed or didn’t process the loss, all may effect how you have grieved and continue to grieve. She also introduced an online course she will be launching in January for a fee of $197.

What stood out to me the most was actually my lack of grief in the loss of my mother comparatively to the comments being typed into the chat portion of the Zoom conversation. I was devastated when my mother died suddenly after a very short battle with breast cancer. One that we thought she was actually winning. I can still see, feel and hear conversations in her hospital room in the couple days before her vocal chords were paralyzed. The day she gave her last breath will never leave my memory. I cried, long and hard. I spent the entire summer focused on my nieces and nephews, to surround myself with what mattered most to my mother.

And yet, as summer came to a close, it was back to life as it was. While sitting and listening to the women on this conference video still grieving, I connected to my lack of long term grief. Not lack of love for my mother, but lack off allowing myself the space and ability to continue to bring her memory with me today.

I am an ‘out of sight out of mind’ kind of person. It became evident to me when I traveled with a girlfriend to visit another girlfriend who was battling cancer in 2017. We had all been through our own battle with breast cancer around the same time with varied diagnosis. Now this friend was fighting colon cancer, stage IV. While I was away from my family, I noticed my friend calling home a few times each day to say hi to her husband and her daughters. It was then I realized I don’t do that. Have never done that. I thought long and hard about all the times Tom and I had gone away on a overnight getaway and determined I never once called to say goodnight to my children while I was away.

It’s not that I didn’t miss them. Many moments I would think, “Oh, I wish Tom was here to walk on this beach with me.” Or, “I wish M was here to play in the pool, he would love this!” Or, “Laurie and I should go here some time.’ And upon returning home, I would grab hold of them, give them hugs and kisses, and say, “I missed you so much!” I was very happy to see them indeed. It just never occurred to me to call them while I was away. (On another note, I also have not been prone to bring home gifts/souvenirs when I have been away.)

In giving this more thought I noticed this to be true in other areas of my life as well. If I left a job, I did not keep in touch with co-workers. When a friend has moved away, I have easily lost contact with that friend. Facebook has allowed for the most recent friendships to remain superficially connected, yet without it the relationship would be lost.

I did not grieve when my father passed shortly after my mother. I felt the lack of grief in his passing was for very different reasons. The zoom meeting today touched on how grief or lack thereof can vary based on the relationship you had with the loved one before their passing. This has always made sense to me. With a tumultuous at best relationship with m y father, a heart of pain, misunderstanding, memories of physical and emotional abuse over shadowed his death.

Today I found myself pondering about my childhood and how our family functioned in high stress times. Times, where I believe now, a therapist would say were traumatic, life altering moments. What I can recall is a great deal of silence. Our home became full of silence. Rooms that were meant to be shared, living spaces designed for the family to gather, empty. Each person went to their private space, including our mother, closed the door, creating a sea of silence throughout the home.

I spent a large amount of time at home, seemingly alone, even though others were there. And when our mother left for work, to visit our father who was living elsewhere at the time, the phone never rang. She didn’t call to check on me, to see how we were doing, to say good night. I don’t recall waiting for a phone call, or wishing I had received a phone call. It just didn’t happen. Not from her, not from friends, not from anyone. This was my normal.

After my trip to CA with my girlfriends, I began making a point of calling home or sending photos to my son with a text letting him know I missed him. I have even called my adult daughter and my best friend a couple times recently to check-in. It feels odd, and yet oddly right. I am beginning to acknowledge I have been trapped living a life of ‘out of sight, out of mind’ for a very long time. It was and is my coping mechanism to loss. Whether that be grief for loss, or guilt for being away and thus causing my children a sense of loss, or guilt for being away from my partner and leaving them alone taking care of everything. It seems as though it all connects back to how I felt as a child, but was unable to voice it. No one voiced it.

We grieved in silence. All we were going through. All we were battling in our minds and our hearts. All of the pain, hurt, fear, worry, was held in silence. I carried this into my abusive marriage. It was furthered by the notion that our problems were private and thus should not be discussed with others. Furthered still by the belief wherein all of our cares should be taken to the Lord in prayer. Don’t get me wrong, I am a firm believer in prayer. I believe in a God who heals and provides and loves me, for me. I also believe in a God who wants us to carry each others burdens, love one another, and care for and grieve with one another. It has taken years to get past, to get over, to forgive and heal from what was taught to me for decades. To break through the silence I was held captive in.

I am uncertain of how to grieve in a healthy way, one that will hold the love I have for who or what I have lost, without holding me in a space of sadness or pain. I desire to incorporate sharing memories of the good times along with expressing the pain and hurt in a way of processing through all which was lost before my parents died and after. With the inability to share what was lost before, due to the learned nature of holding it all in silence, I have developed the habit of doing nothing rather than something.

And I believe I have continued this method of living in silence in other areas of my adult life. The uncertainty of what can and cannot be spoken about. The idea of if I do not talk about it, do not call home while I am away, then being away will have been okay and will not have caused any harm (real or imagined). My child, my spouse, my relationship will not be changed, altered or affected, as long as the time away (and fear of what being away may have done to those I left) is kept in silence.

If I call, then I am acknowledging that I am away, that I have left them, that I am having fun without them. For some reason, that has always felt wrong. Thinking back to when my mom would go away in the evenings to see my dad, that is exactly what it felt like. I was abandoned. Left alone, to fend for myself, tuck myself in bed, say my prayers in silence. We didn’t ever talk about it. And as long as we didn’t talk about it, it was okay. Without realizing it, I carried this with me as I grew, developing a part of my character. Silence became my grieving process and silence expanded and grew into many areas of my life in which I felt uncertain whether or not should be spoken of. I have kept myself from truly experiencing grief, rest, pleasure, fear, joy, separation, instead remaining silent.

Silence became something I dreaded. I found ways to not be in silence whenever possible, not knowing all I was doing was covering up what I needed to hear, feel, say. I have come to a place in my life where I rejoice in silence. I long for silence and cherish moments, if not hours in silence. And it is in this silence where I am hearing my grief, feeling my hurts, gaining understanding and the strength to voice it all.