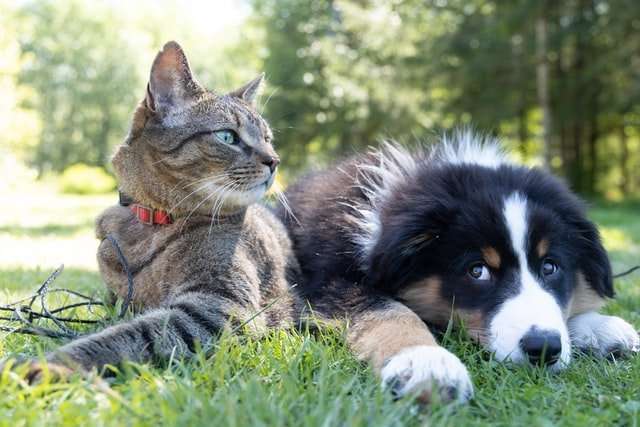 It’s barely past noon on hump day. The sky is grey and thick with clouds that block out even the slightest glimpse of the blue sky that I gazed upon this morning. And yet, I find myself, hands wrist deep in warm sudsy water washing the dishes with stuck on food that sat upon the counter from yesterday no less, with a smile on my face. There is a warmth in my heart that only comes from the feeling of being content. No, more than content, satisfied. No, more than satisfied happy. No, more complete than happy, accomplished. Or maybe it is all of the above together. A perfect combination of satisfaction, happiness and accomplishment with the overall understanding of being content.

This morning I woke to my ‘alarmy’. It is a phone app that you schedule alarms and choose the method in which you will turn that alarm off. You can either shake your phone a specified number of times, solve a math problem or take a photo with your phone camera. The point being by the time you have done one of these things you are awake and most likely out of bed. Thus you are more likely not to go back to sleep. I am anti alarm clock myself. I don’t recall the last time I owned one. When I got our puppy though I quickly realized I preferred to be the one who determined when we woke up than he. And so I set this alarm clock for the both of us. Each morning as it goes off I pick up my phone and turn it towards puppy who is sitting in his kennel waiting, albeit not always patiently or completely quiet. He begins to dance around in anticipation that I am going to let him out of his kennel. I shake my phone the appropriate number of times to turn the alarm off as I walk slowly across the bedroom to the puppy. I set my phone down on the fire-place mantle and proceed to put on my jacket and socks knowing the first thing I will be doing is taking a puppy outside to go potty. I’ll save you the details from there.

After walking Michael to school with Mr. Bailey (the puppy) I headed in a different direction than our typical daily route. Last night in one of those imaginary conversations with myself I had determined that puppy and I would take a longer walk this morning. We walked across Greenwood and north to 145th St to the entrance to LLandover by the Woods. A trail that goes down through the forest. It was actually one of our better walks with Bailey only stubbornly sitting down refusing to walk one more step a handful of times. You have no idea the accomplishment this is. He tends to stop and sit as any dog aproaches. Not out of fear but in hope of meeting the dog. He does the same any time a human being, young or old, is passing by. No matter if they are on the same side of the street or the complete opposite. Once in the woods Mr. Bailey was all in a-tither. He loved it! For once he was a few steps ahead of me the whole way. As we neared the end of the trail we turned around and headed back. Mr. B so far has never failed to recognize that we are ‘going back’. His pace quickened a bit more and I found that we were jogging up the hilly trail. Good for both of us. My heart began to race and my breathing labored. I was the first to slow the place. Bailey could have run the whole way back. One day I will too. At the top of the trail we slowed again as he realized we were leaving the woods and heading out into the noisyness of the streets. If only we hadn’t been heading home he would have fought me for sure. He seemed to be able to sense that the direction we were heading would lead to home and thus be worth walking on the busy street sidewalks.

Back at home Bailey spent some time out on the back deck giving Maya (one of our kitties) a hard time. She hissed and swiped ineffectively. Bailey did seem to sense she didn’t want to play, much to his dismay. Persistant as he is, he tried again and again to approach her but her mood never changed. Full on anger with growling, hissing and swiping continued no matter the direction he tried all the while his tail stub that it is wagging 100 times a minute. Finally I pulled B back and let Maya run down the deck to the yard. Not exactly where she wanted to go but better than the alternative of being with the puppy. Bailey and I headed inside where he curled up on the rug looking satisfied and tuckered out. I sat down to my computer and began writing. I began the first of what I hope will be a children’s early reader series about Mr. Bailey. This one is entitled Mr. Bailey Comes Home. Another will be Mr. Bailey Walks in the Forest. And another will be Mr. Bailey meets Griffey. I’m sure others will come to me as time goes on. I tried not to worry too much about the details just yet in regards to the vocabulary, number of words on the pages or in the book. I focused on putting the words in my mind on the screen. Editing will come later.

My home phone rang as I typed. It was mom. The one and only person other than telemarketers that calls my home phone. Each time it rings I think to myself its either a sales call or it’s mom. I hope for the latter. Mom and I had a lovely chat. Her greeting was filled with the smile that I know was on her face and her strong and warm embrace reached all the way through the phone line and encircled my body. We shared the blue sky that we were both reveling in here in Seattle for me and up north in Everett for her.

As per usual she asked how I am doing. Letting me know that she and dad pray for us every day but wondered if there is anything specific or new that they could lift up in prayer. I shared how I was doing and then let her know that Tom and I were just talking last night about Michael, our strong-willed child. So much alike and yet in this so different from his sister. On the one hand there are character traits in a strong willed child that when honed correctly are the design for a strong independent leader. On the other hand strong willed children can be tyrants, bullies, stubborn and disrespectful. Deciphering the difference, cultivating the positive traits and knowing when and how to discipline the negative is not easy. Mom offered godly wisdom with examples and scripture. Go to the source she said, the Bible and tell him that just as you are called to obey God he is called to obey his parents. Part of my job as a parent is to obey God and raise my child the right way. Which includes teaching him to honor his father and mother, to respect authority and to ask forgiveness when he doesn’t. The part I found intriguing was the idea of sharing with him that I have to obey God in training him to obey his father and I. So often kids feel like the parents are the ones telling them what to do and never being told what to do. That doesn’t seem fair. Hearing that I too am called to obey just as my son is was eye-opening for me and I hope it will be for our son as well. It was really nice to listen to advice from mom, a grandma who loves and cares for our son and only wants the best for him.

I went back to writing, taking a break here and there to hold my sweet, loving and still tuckered out puppy. After eating lunch I looked once again upon the pile of dirty dishes not getting any cleaner sitting there on the kitchen counter. It was then that I also noticed the little red light on the dishwasher indicating it was full of clean dishes. After emptying the dishwasher I ran hot water to get the task at hand done. As I washed each dish scrubbing away the dried on food I couldn’t help but noticing how I was feeling.  Content, happy, satisfied, accomplished, as though I had been doing exactly what I wanted to be doing from the moment I stepped out of bed until right then. And to think it was just barely past noon. More hours left in this day, more time to be with puppy, to write, to clean my house, to walk to pick up our son from school, to prepare dinner for our family and to clean up messes. Oh yes, there will be messes….. in fact puppy peed on the floor during part of this perfect day. In his defense he was so excited to be once again trying to convince Maya that she should play with him. She on the other hand was a hissing, growling swatting claws out mess of anger. He got so excited he peed! Oh puppy.